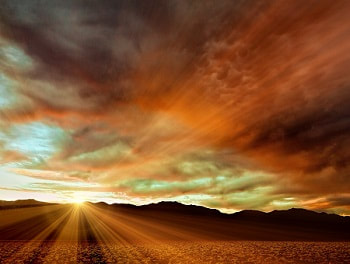 This May will mark the two-year anniversary of my father’s sudden and unexpected death. 2020 brought the death of the woman who was like a grandmother to me after a long battle with dementia as well as the sudden, unexpected deaths of the man who was like a grandfather to me from COVID-19 and my husband’s grandfather. These deaths have taught me much about grief, life and love, and each has changed me in profound ways that I’m still unpacking and integrating now and maybe always will be.

I found out my father had died when I called the police department and asked that an officer go to his house to check on him. I had been calling him for a few days, and he wasn’t returning my calls. In retrospect, I think my intuition told me that something was wrong. Though my father was not in the greatest of health, he was not overtly sick, and his death was truly shocking and unexpected. Less than 48 hours after the officer told me he found my father dead, he was buried. I was then faced with the monumental task of being the executrix of his estate while trying to process what happened.

Here are some truths about unexpected loss that I learned during the weeks and months that followed.
After Death, Love Remains

My father and I always had an extremely difficult relationship. However, in the last two years before he died, I did a lot of my own healing work. We were able to be as close as I believe was possible for the two of us – with boundaries. After he died, I knew immediately that I wanted our relationship to go on and tried to keep my heart open to this possibility. As it turned out, I started to feel his presence almost immediately after he was buried.

When working with clients who have experienced the loss of a loved one, we often discuss the concept that love takes place outside of space, time, and even the physical dimension. Therefore, our relationships with loved ones go on. My clients often say that they find this idea comforting. When I felt my dad’s presence, it was no longer tinged with a lifetime of hurt. It was the presence of pure love.

I found the experience of this loving presence to be invaluable in the weeks and months that followed my father’s death. I would sometimes feel it when doing something I know my father would have been interested in, such as cooking (like me, he was an amateur chef) or hiking (like me, he was a nature lover). I would talk to him — sometimes out loud, but mostly in my mind. Other times, I would feel his presence unexpectedly and would intuitively know that he was there to guide me.

What I believe to be true about death is that we came from pure love and that is the state that we return to after our human existence ends. Because love is an energy, it can’t be destroyed by the death of the physical body. If we’re open to it, relationships — even ones that were once difficult — have the potential to continue after death. These relationships no longer take place in the physical plane, but in the form of pure, loving consciousness that is free from the influence of personality, history or trauma.
Grief Takes Many Forms, and They’re All Valid

The spectrum of seemingly opposing feelings one experiences while grieving can be difficult for many people. My best friend lost her father after a prolonged struggle with early-onset dementia. Afterward, she had to come to terms with a feeling of relief that coincided with the pain of her loss. I tried to normalize this feeling for her, reflecting that watching a loved one die over the course of months and years causes immense suffering, not just for the one dying, but for the ones who have to watch the person they knew slowly slip away.
​Death Reminds Us of What’s True for Us

We don’t like to think about it, but death is the one non-negotiable thing about life. We like to think that we will have plenty of time to prepare mentally, physically, spiritually; yet, the truth is it can happen at any time. The unexpected death of a loved one reminds us of this. My father’s death was a huge gift in that it led me to reevaluate my values and to be honest with myself about whether I was living according to them.

What do you want out of life? Whatever it is, if you’re reading this, you have the opportunity to seek it, to move towards it, to embody it. Who are you really? Is the person other people see and know the real you? Do you know who you are at the most authentic, base level? If not, how can you start to find out? What are your most sacred values? Does your day-to-day existence reflect those values? If not, what can you do now to change direction and start moving toward them?

Despite the difficulties of our relationship when he was living, I see my dad as one of my greatest teachers. It’s worth noting that sometimes people serve as teachers because they live their lives as an example of what we want for ourselves. But, just as profoundly, someone can live as an example of what we don’t want to do or be. Both were true of my father, and I am grateful for this.

My relationship with my father is now one of love, wisdom and guidance. In fact, I have developed relationships with many of my deceased ancestors — both individually and as a collective. It’s only through allowing myself to feel all feelings, those I felt while they were alive and those I felt after their deaths, that I was able to get there.

There is no urgency in grief because there’s no end to it. There is nowhere to get to, just the present moment. The present moment may be offering you a depth of pain you never thought possible, or it may be offering you a level of peace you’ve never known. Remember that it’s possible for both to be true, even at the same time. And, like life itself, all feelings are temporary.
Amy Acker is our EXPERT in this month's Ask an Expert section, answering readers' questions about coping with sudden loss.
Amy Beth Acker, LCSW, is a psychotherapist in private practice in Somerville, NJ. She specializes in working with professional women who are struggling with anxiety, perfectionism, or people-pleasing. She is also the author of The Way of the Peaceful Woman: Awaken the Power of You, Create a Life You Love, and Set Yourself Free (excerpted HERE) and is a regular contributor for Sanctuary.