Proud sponsors of this special issue: 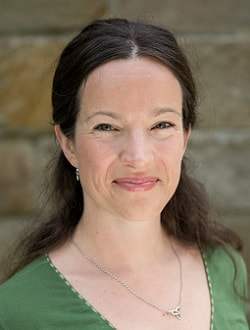 Passionate about creating a school environment with the highest quality of education, Diane Nickerson founded Castle Island Bilingual Montessori in 2012.

While raising her four sons to be bilingual, she had been seeking a school for them that would not only meet their language goals but would also provide creative opportunities for their inquisitive minds and active bodies. After some research and travel, Diane found an ideal approach in the Montessori method that holistically meets the learning needs of each child. Wanting to create a school that merges optimal learning environments for both bilingual language immersion and the Montessori educational approach, she founded Castle Island for children living in the Capital Region of New York State. She leads the school community to uphold an optimal intercultural and innovative learning environment, working toward continued school improvement to meet the mission: providing accessibly, world-class education. She is proud that Castle Island, with its mission toward social justice, creates an intentional and inclusive space for learning where each child and his/her family is honored.
Jillian Crocetta, contributor, spoke with Diane about her passion for Montessori educational philosophy, individualized instruction, and the benefits of a bilingual education.

Founding a Montessori school is no small feat. What inspired you to embark on this journey?

Something just did not feel right in conventional education. Sure, I always was evaluated highly, but I hated being interrupted by bells, and I did not feel like I was making a real connection with the children.

Out of curiosity one day, I typed in ‘Montessori’ [on the search bar] and came across a web page with two paragraphs detailing Montessori education. Those two paragraphs explained an educational style that checked off all the boxes I could think of. I knew I needed to learn more.

I sought out a Montessori school in Syracuse, NY and observed class sessions of all different age groups. Afterward, I went to the director’s office to ask questions, but when I opened my mouth to speak, I found that I couldn’t. I was so overwhelmed by emotion that I just started to cry. I thought I knew children, but I did not know that children could learn like that, and it really floored me. I shifted the rest of my life to follow all things Montessori – first for my own children, and then for the children in the community which let to founding Castle Island Bilingual Montessori.

Opening a Montessori school in Albany presented its own challenges. I had to explain to a lot of people that Montessori education is scientifically based and a good educational investment. I felt like a goldfish in an ocean, swallowed up by salt water. Ten years later, people are thankful that there is a Montessori school here. But it took a lot of convincing.
​We must talk about our mutual alma mater, Hobart and William Smith Colleges. Did your education impact your career path?

I was eight years old when I finally learned that you could grow up and not be a teacher. My parents were both public school teachers and were friends with a lot of other teachers. Everyone around me was a teacher. I knew that there were other professions, and I explored them a bit, but teaching was engrained in me. I wanted to see how children grew and developed over time, and I wanted to know what role I could play in that growth.

In college, I majored in anthropology, which I believed to be the most all-encompassing discipline, and I minored in Russian Studies, Women’s Studies and Education. I also had the opportunity to study abroad in the Dominican Republic, and though I did not know what to expect, here we are today. I am a fluent Spanish speaker and my sons’ father is Dominican.
What are the benefits of an early bilingual education?

Montessori educators know from the study of human development that between the ages of three and six children acquire everything in their environment as naturally as taking a breath in. Maria Montessori called this period of time ‘the absorbent mind.’ As children acquire their surroundings, they are constructing their adult personalities. Part of this construction can be learning a second language. During this time, dendrites are growing within the brain. And these dendrites connect a concept with the English and Spanish words associated with it.

During this period of development, you are able to make a lot of connections. Children come to know that there is more than one way to solve a problem, and when faced with interpersonal conflict, there is more than one way to solve an issue. And then there’s the obvious: When you know two languages, you can communicate with more people and understand more cultural nuance because culture is embedded in language.
​You mention on your website that you invite parents and community partners into your network of collaboration. Can you talk about the importance of celebrating the diversity of your community?
​How did COVID-19 impact Castle Island?

Montessori is the perfect vehicle for bilingual language acquisition because the lessons are presented individually. Teachers are meeting the children wherever they are, academically, socially, and in our school, linguistically.

Children are working at their own pace, and they are doing this with hands-on material, which enables meaning of both academic content and vocabulary of a new language concrete. Across the curriculum from literacy, mathematics, sciences, geography and the arts, every piece of knowledge is practice with its concrete form before moving to abstraction.

The granddaughter of Maria Montessori said in a speech in the 1990s that we’ll know Montessori has been successful in the world when it is no longer called Montessori, but it is just called school.

Where do you find Sanctuary?

Recalling memories of when I was feeling really happy, joyful or peaceful is sanctuary for me. Irish step dancing is also a sanctuary. I can only think about dancing when I am dancing, and it is impossible to not feel pure joy when leaping through the air with friends.
Castle Island Website
Contact
​Follow Castle Island on: