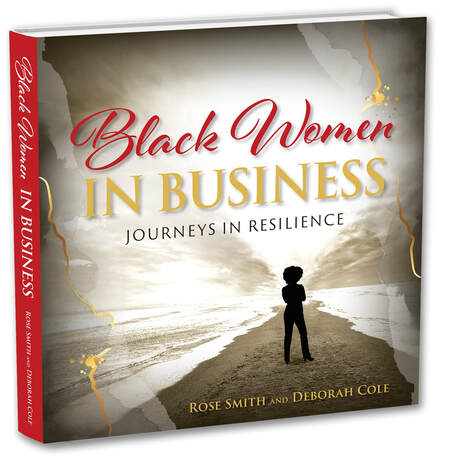 Kela Hunte
Keii Brands, Inc.
“My contribution to the world defines me, not my looks.”
Occasionally, you meet people who seem other worldly. At a young age, they exhibit creativity, wisdom and a sense of knowing that far exceeds their age. Born Kela Hunte, Chef Keii, is a larger-than-life chef, baker and all-around amazing woman who has overcome an early life of adversity. She is full of knowledge, curiosity and fun, just the person you enjoy being in a room with. But the incredible, energetic personality is only a small part of a driven woman who advises that each business has a life of its own and hasn’t asked to be birthed. But the feeling of responsibility to this living entity is major and not to be taken lightly. Her joy and humor is a close companion to a focused and committed entrepreneur.

Life wasn’t always so cheerful for Chef Keii. She grew up in racist beach community in Florida, the daughter of a Barbadian (Bajan) father and American mother. Growing up as the child of parents who made poor life choices and lost custody of their children, Chef Keii relied on her innate abilities to learn quickly, absorb information and be curious about the world to be a source of stability. She dove into the world of books where she found comfort as well as knowledge. An intuitive learner, Chef Keii appreciates her hunger for learning and credits it with being a stabilizing influence on her. She learned at a young age that in order to have stability and have the life she wanted; she would have to rely on herself. She knew absolutely that the life she was living was not the life she wanted to experience as an adult. Her resilience is derived from a deep source. She is incredibly in tune with the energy of people around her. She can observe and very quickly be able to “read” a person. As a child, this ability was confusing for her; however, as an adult it is an advantage in being able to read energy and body language of those she meets. Intuitive and talented as she observes the world.

Chef Keii is a very self-sufficient and confidant woman. She has worked hard to achieve success in what might be considered a male dominated profession. She is assertive, not aggressive and she is confident and proud of her accomplishments. She also considers herself a champion for change relating to the role of women who work in the world of men.

In 2012, Chef Keii left a full-time job to became the caregiver for her son who had sustained a life-threatening accident. Without a steady income she sought ways to support her family. She started baking as a way to relieve stress during this rough period of time. Her first batch of cookies was disappointing. The perfectionist in her caused her to do better. Hours of research on YouTube, Pinterest and reading cookbooks led her to a full life of perfecting and baking. Since she didn’t allow her children to have sugar, she gave away everything she baked. Soon she began to get orders and “baked her way out of poverty.” It still had not occurred to her to build a business from her baking. Throughout her son’s rehabilitation, she continued to bake to provide family support until Hurricane Irma caused her to relocate to Texas. Multiple services in central Texas provided her with housing, startup funds and the opportunity to receive training in a new career at the Auguste Escoffier Culinary Arts School where she double majored in culinary and pastry arts.
​
Once she arrived at culinary school, she found herself and “her people.” She knew she was exactly where she needed to be. Chef Keii juggled a job, school and numerous volunteering gigs. She was determined to make the most of this opportunity to live her passion. In 2020 after completing her education at culinary school, The Food Network reached out to the school and asked who they might recommend for an upcoming series starring Martha Stewart for a competitive cooking show featuring America’s 6 top home bakers. With the notoriety received from being on a national television program, Chef Keii began to receive requests to teach cooking classes. She was contacted by eBay, Apple, PayPal and event planners. She was asked to create food events where she brought her natural teaching skills and personality to the work environment. Her hobby which made money and lifted her out of poverty was established as a business.

The business was officially born during the early days of the 2020. Using her creativity, Chef Keii developed a way to purchase and ship ingredients which could be used by her students as she produced instructional videos to show them how to make each dish. She was the first to do this and these classes-in-a-box became very popular, so popular that she reduced the amount of time spent with baking and began to focus on teaching. Through her business partnership with the international company, PayPal, she has shipped kits around the world and has taught over 3,500 students how to prepare a variety of dishes as a part of the corporate team building initiative.

Through her various business entities she continues to teach virtually, to bake and to create special culinary events. Most recently, she developed a 5-course workshop called Recipes of Freedom for Black History Month. She is also the founder of Chefs United Through Service whose mission is to elevate participants self-confidence and enhance mindfulness by using food as a canvas. Her current business model includes “ghost baking” services for a multitude of local restaurants. She’s also in development of new recipes and creation of a unique, new candy bar.

She has launched a corporate umbrella, Keii Brands, Inc., which is a parent company for Keii Desserts, Keii Brands Entertainment, Keii Brands Apparel and the non-profit Chefs United Through Services. The mission of the brands is to provide custom food experiences and related products.

The personality and the energy of this resilient single mother who has moved beyond a childhood of trauma fuels every action she takes. Although by all accounts she is at the top of her game, riding high on the successes of culinary school followed by media fame, she believes she still has room to grow and to learn. She believes that success is not only personal, but is also a reflection of how you can impact others in the community and in the world. She wants to be known as a model of integrity, standards and quality whether personally or in her business. She advises that “if you aren’t self disciplined, not willing to learn, and not willing to be of service, do not start a business.” Chef Keii believes she has an obligation as a Black woman to represent entrepreneurs who are resilient and overcome adversity. She wants everyone to know, “This is what progress looks like.” Although she doesn’t believe she has fully arrived, everyone who has met her believes she is on her way. She is a role model of success and resilience.