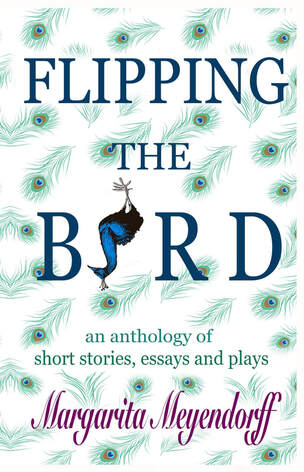 
“There’s a Halloween costume party tonight up in Palenville,” Lynn said on the phone. “I think we should go. It’s supposed to be a ‘happening.’ Rumor has it that the all-male band is performing naked.”

“No worries. I’ll meet you at your house in an hour. Find something to put on,” she said. “It will be fun.” And the phone clicked.

Leave it to Lynn, my good friend, a modern dancer and choreographer extraordinaire, to dig up this party in Palenville, a tiny village in upstate New York in the middle of nowhere. My children were with my ex-husband, and I had the night off. Why not?

As I stood loading dirty clothes into the washing machine, I glanced up at the wall of my laundry room at the single decoration—a bright red communist flag with the yellow hammer and sickle insignia in the center. A few years back, I had bought this flag in Moscow and displayed it over the washing machine to depict my daily proletariat tasks.

My inner voice whispered: “Wear it!” Could I go wrapped in a communist flag? After all, Gorbachev’s Perestroika was in full effect in Russia. I dumped the dirty clothes into the washer, took down the flag, ran upstairs and stripped.  I wrapped the flag around me . . . twice. The mini flag dress fit perfectly from just above my breasts to just above my knees, the hammer and sickle making a perfect design in the middle of my body. I pulled up my hair for formal flair, donned red high heels and pinned several Russian military medals to my chest. If the band was appearing naked, I could be a Russian General wearing the flag. With safety pins holding me and the flag together, I could hardly walk, much less sit or dance for fear of unraveling.

The door opened and I gasped as Lynn walked in, dressed as the ghost of Martha Graham, holding a large, lit candelabra in her black-gloved hands. Her face was white with powder, eyes outlined in heavy black, no lipstick. She was wearing a long tight black dress with a turtleneck collar and her hair was pulled back tight in a bun with chopsticks protruding. Lynn bore an uncanny resemblance to Martha anyway, but in this outfit, she embodied her. Lynn was dressed to the gills; I was half naked.

Very careful not to disturb the safety pins and chopsticks, we climbed into the car and headed for the party. We were famished because in the excitement, we had forgotten to eat. The only recourse was to stop at the drive through Burger King window at the Thruway entrance. We managed to eat our Whoppers without too much movement and continued on our way.

The party was packed with people who were on various levels of alcohol and marijuana highs. Everyone was in a tizzy, awaiting the advertised naked musicians. When four nice-looking musicians finally did appear—yes, naked with glow paint on their ‘members,’ the crowd roared in appreciation. From my perspective, they were a partial disappointment as they quickly hid behind their instruments—the guitar and cello players more successfully than the saxophonist. The rest of the evening, Lynn floated through the crowd with the lit candelabra and I fussed with my communist flag mini-dress as the heavy Soviet medals were threatening to open and expose my breasts.

​The next day the Kingston Freeman ran an article on the front page--Nudity and Commies in Palenville and ‘named names’—a few prominent Woodstock citizens who attended.  Had I known there was a right-wing reporter at the gathering, I would have let my flag slip to reveal my “left wing” breast and really given him something to write about.