An Interview with Sara Somers... 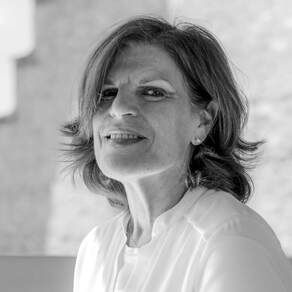 Photo Credit: Henrie Richer
Sara Somers is the author of Saving Sara: A Memoir of Food Addiction (She Writes Press)
and a staunch advocate for those suffering from food addiction.
Your addiction started at the age of 9. Do you remember if you realized something was wrong as a young child?

I can confidently say that my problems with food started much earlier than nine years of age. By the age of nine, I knew, without a doubt, that something was seriously wrong with me and my life. But my non-cognitive brain was unable to make use of any information. I was extremely lonely, I was getting angrier and angrier at what I thought of as the injustice in my life and thought it was all my parents’ fault. My father had given me a small, blue diary because I was so taken with the movie The Diary of Anne Frank. In it, I wrote “Sara, what is wrong with you?” over and over digging in the pen so deep, it went through ten pages. Inwardly, I thought I must be defective or adopted or….Outwardly, I raged at my parents for being so “mean” to me.

It was only as a middle-aged adult and the discovery of the 12 Step programs that I was able to see that I was probably born with the addictive gene. I can’t say for sure when I crossed the line with food, but I was young. I was stealing, lying, and cheating by the time I was 14 in order to buy items with sugar and grains in them. I had become very defiant in order to numb myself from the loneliness, fear, and rage. It was only in moments of “quiet desperation,” like falling asleep, that I would think it was me that was the problem, but I was powerless to do anything. The rest of the time, I was raging at the world, at my family, at authority. I played the blame game for a very long time.

Toward the end of the book you write, "I believed I would feel deprived. What actually happened was that I felt a huge sense of relief and freedom." Could you explain a bit?

I started dieting at 15, and, by the time I came into the rooms of GreySheeters Anonymous (GSA), I had probably tried every diet available. Most diets will tell you to hang in there, once you reach your goal weight, you can add back foods that were taboo during the diet. So there was something to look forward to. The “doing without” was short-term. Over the many years of dieting, I gained and lost hundreds of pounds by reaching goal weight and then gaining back all the pounds with the foods I “got back.” But it never once occurred to me that the foods I got back might be the problem.

By the time, I got to GSA, I thought ice cream should be one of the four main food groups. The disease was so entrenched in me that the thought of never eating ice cream again caused me many years of anguish and resistance to what I knew was the solution. When I finally reached ’the last house on the block’ and there was nowhere to go but dying, insanity or GSA, the future and the unknown seemed less terrifying than the hell I was living in. Plus, the members of GSA kept telling me I only had to do it one day at a time. It took a while for me to see the big picture but this is what happened: the black and white boundaries of GSA gave me a structure. The acceptance that I couldn’t have sugar or grains in either liquid or hard form finally made sense to me. I realized my body was like a distillery. If I put those ingredients in me, it all turned into alcohol and set off the cravings. I am completely powerless over cravings. With the structure of the GSA program and my acknowledgment that I had a severe allergy to sugar and grains, I dropped the struggle with the food, my weight and the 24-hour obsession for the first time in my life. That gave me hours of time to have a life, to learn new things, develop new hobbies, travel, to find out who I am and what I love. For many, many years now, I have believed and felt that what I gave up to get this amazing life is minuscule. But the nature of the disease informs me I can’t live without those things that I am allergic to.

The relief I felt was enormous. I never had to work so hard again to deny who I am. Yes, it was work to acknowledge the behaviors that would lead me back into food obsession, but I would have walked on my hands for a mile if you told me that was building a defense against the first bite. The freedom was genuinely freedom. I was locked in a prison of my own making - my life was a 10 x 10 cell. Being in GSA gave me the key to get out of prison and have a life beyond my wildest dreams. I know we often hear addicts in recovery say that but it is true. If I had dreamed up a life for myself, I could never have allowed myself to come up with something this rich and this rewarding.

Even today, with the Coronavirus raging throughout the world and most of us in some kind of lockdown or sheltering-at-home, I feel completely free. The program taught me to plan ahead, to build structure in my life, to feel gratitude for what I’ve been given every day, and to reach out to someone still suffering. I don’t have time to be anxious or scared. The program taught me that this too shall pass, and I believe it. I don’t know what the world will look like when we all emerge from our various states of stay-at-home, but I am sure that if I keep forging forward on my path, I will not overeat, drink or start any other self-abusive behaviors. I’ve been given the gift of self-care.
Excerpt From Saving Sara