Wildlife and its Role in a Balanced Ecosystem
An Interview with
Sylvia Fallon, Senior Director of Wildlife at the
Natural Resources Defense Council 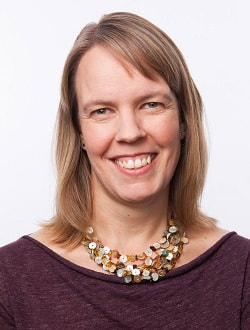 About Sylvia:
As director of the Wildlife Conservation project at Natural Resources Defense Council (NRDC), Sylvia Fallon provides scientific expertise that informs policy and regulatory decisions on endangered wildlife. She uses her training in ecology and genetics to advocate for enhanced conservation protections for species such as whitebark pine in the western states, wolf populations in the Northern Rockies and the Midwest, and bat populations nationwide. Before joining NRDC, Sylvia was a Science and Technology Policy Fellow with the American Association for the Advancement of Science. She holds bachelor’s and master’s degrees from the University of California, San Diego and a Ph.D. from the University of Missouri, St. Louis. She is based in Washington, D.C.​
About Natural Resources Defense Council (NRDC):

Natural Resources Defense Council was founded in 1970 by a group of law students and attorneys at the forefront of the environmental movement. In its work to ensure the rights of all people to clean air, clean water and healthy communities, the organization works with affiliates in more than a dozen program areas, including climate and clean energy, healthy people and thriving communities, international issues, litigation, nature and science. NRDC is a not-for-profit and works in partnership with E2, a national, nonpartisan group that advocates for policies that are good for the economy and the environment.
Karen Shan, associate editor, spoke with Sylvia about the importance of maintaining a healthy outdoor environment and how wildlife populations fit in that balance, her passion for environmentalism, and what people and businesses can do to support the natural outdoors.

Why is it important to ensure that outdoor environments have a healthy balance?

I think, fundamentally, the issue is that each species in its environment in the ecosystem plays a unique role. Keystone species [which fill a critical ecological role that no other species can] have an outsized effect on their ecosystem. They’re usually at the top of the food chain - predators, like sharks or wolves, also sea otters or star fish. When these species are removed, it can lead to a proliferation or overabundance of species that they prey on; in general, this leads to less diverse ecosystems altogether and fewer types of species overall. The more diverse an ecosystem is, the greater stability it has and the more ability it has to withstand change.

What does NRDC do to encourage wildlife preservation and balance?

We are facing a global diversity crisis. International panel findings from last year show that 1 million species are facing extinction, many within decades.
​How does the threat of extinction of some animals from wildlife trade affect an environment’s healthy balance?

If you have a decline in a particular species, it can have broader effects and be destabilizing. The collection of species provides all kinds of services we rely on as humans. Trees help provide clean air. Soil helps purify water and sequester carbon. Insect pollinations service crops and plants in the ecosystem. We know that farmers depend on honey bees and bumble bees to pollinate some of our crops, but native bees and other insects provide those same pollination services in nature – pollinating native trees, shrubs and flowers. We don’t just need pollinators for farming, we need them for our wildflowers and trees. Somewhere between 75-90% of flowering plants rely on pollinators.

Think about a monoculture where you only have one species. A catastrophic event could wipe out everything. But if you have a diversity of organisms that have different attributes, some are naturally going to be able to withstand certain conditions that others might not be able to on their own. Some organisms are going to provide shelter for others. Some are going to stabilize the soil or shade the ground from heat or break the wind, thereby buffering and lessening the effects of a catastrophic event.

What about the opposite – the overpopulation of wild animals?

Deer populations are a good example. When you remove predators from a system, you’ll see an overpopulation [of another species]. Yellowstone [National Park] did an experiment: What happens when a predator is removed and then brought back? When wolves were no longer part of the habitat, the deer and elk populations increased. There were changes in their behavior. They didn’t have to move to avoid wolves. They sat around and grazed on the vegetation around the riverbed. There was a loss of birds, otters and beavers that would have used the vegetation in the streams. That affected the fish because there was less coverage. The water temperature increased. When the wolves were reintroduced, the deer went back to their usual behavior. Vegetation came back. Birds, otters, beavers and fish resumed previous behaviors. It helped to restabilize the ecology of the area.

​​Can you talk about your work with wolves and where it fits in maintaining balanced environments?
We’re also working at a national level as an advocate for the recovery of wolves. Wolves were persecuted across the United States in the 1800s and early 1900s. By the 1930s, wolves had been eliminated from most of their range including throughout the Northern Rockies (where Yellowstone is). Only a small population persisted in Minnesota. So, when wolves were reintroduced to Yellowstone in 1995, scientists were able to study the effects of their return and see how bringing them back influenced the entire ecosystem.
What steps can individuals, businesses and organizations take to help protect our wildlife and the role they play in keeping our ecosystem balanced?

Not everyone has access to a yard. If you have outdoor space, leave some habitat for native species and plants for pollinators to use. Individuals can make a difference through shopping choices by supporting organizations that adhere to sustainable practices and buying local organic foods when feasible or affordable. Businesses and organizations need to make sure all of their operations are sustainable and not contributing to the overconsumption of our natural resources or the exploitation of species.

I find sanctuary in the outdoors. Nearest to me there is Rock Creek Park, a national park in the D.C. region. I go there for hikes regularly. There are lots of little hidden gems. Rachel Carson Greenway is near me, too. Those are the places that I take my kids if they’ve experienced burnout, even though we are in a metropolitan area.
NRDC Website
Follow NRDC on:
FACEBOOK
TWITTER
INSTAGRAM